Mr. Bortolo is not an ordinary worker: during 43 years of work in Sottoriva, he has seen the company grow and evolve.

This was his first and only work because, he says, "I have been always felt gratified and I never felt the need to change." He adds, with some pride, "There is no one else who has worked in the company so much".

Recruited as machine tool operator, he has seen many changes over the years. First, the headquarters change. In fact, recruiting in 1973, during the first 5 years, Bortolo had been worked in the old Sottoriva headquarter in the center of Marano city. There is also a photo of the old factory in the Sottoriva Museum to witness it. He shows it with pride and says, "The way to work at that time was very different, more manual, the nowadays machines allow us to relieve much work." After returning from military service, he was pleasantly surprised of the new headquarters. Bortolo explains that two main aspects helped the Sottoriva Company to grow more and more: the cooperative atmosphere that you live in the company and the competence of the people who work here. He has always worked trying to improve and find new solutions to the problems that arose, always getting great satisfaction.

On May 26, 2016 Bortolo retired. From now on, he will devote to his hobbies including cultivate the land, but says "I would have stayed a couple of years more, because this work never tired me; I never counted the days that separated me to retirement as several people do." At the end he adds ironically, "A dinosaur is gone" and we think that it's better to say that a piece of Sottoriva history goes, leaving to all those who worked with Bortolo a great lesson in professionalism and enthusiasm. 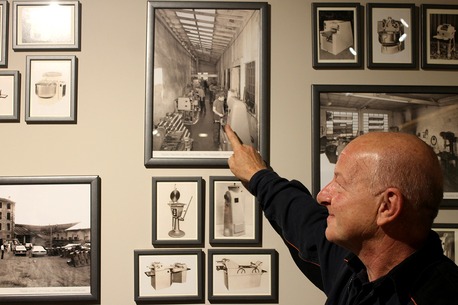 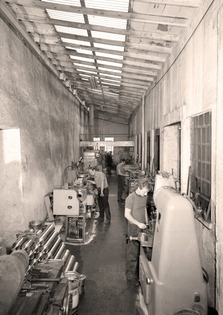 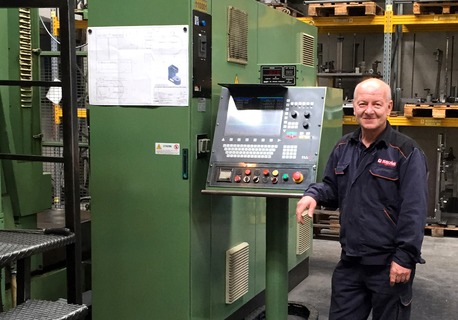